Have you ever noticed a large red abandoned plane just sitting there at the side of the road near to Bahia Feliz?

I've driven past this plane so many times, I just had to find out more. (See end of post to see how it looks as of July 2015) 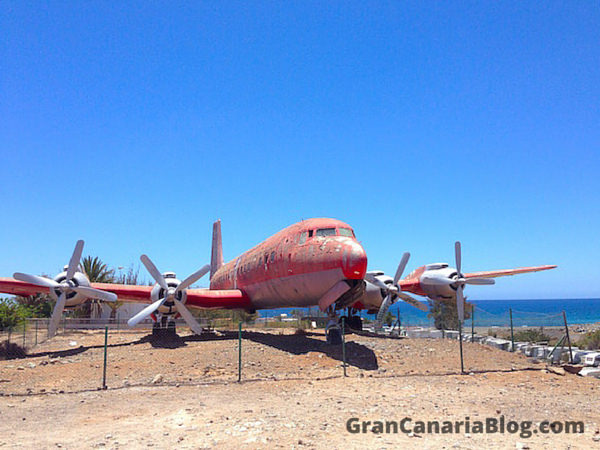 El Berriel airfield in south Gran Canaria is home to the large bird, which has clearly seen better days, it was just so fascinating to see it up close.

The Douglas DC-7C Seven Seas EC-BBT plane, now long retired has been used as a billboard and painted different colours, for brands like Rothmans and Airtours over the years.

This DC-7C was used by the airline Spantax which was based in Gran Canaria and flew thousands of miles all over Europe and Africa in the 60's. In the late 70's Spantax donated the plane to the AeroClub Gran Canaria.

There is a barrier round it and it's so deteriorated it looks dangerous to take a look inside, so I'm glad to have found this video, which satisfies my curiosity.

Now painted red and grey with some bright graffiti, this skeleton of a plane may be considered as an eyesore to some and some may have never noticed it. 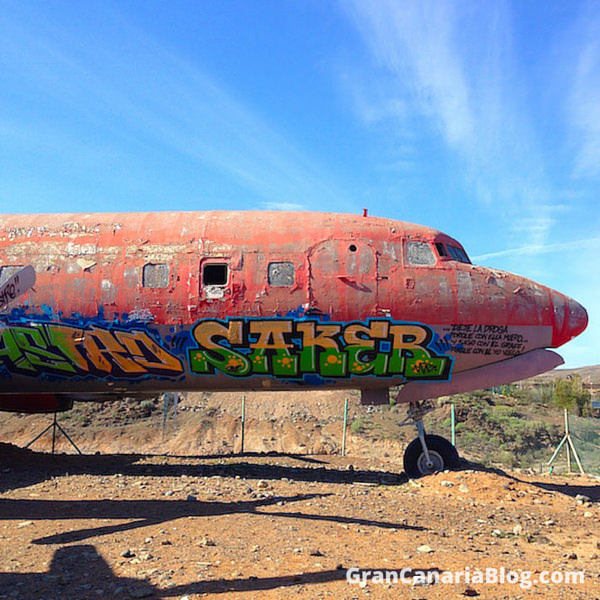 I won't pretend to be an expert on planes, but it's been very interesting reading up about it.

The plane appeared in Swedish cult film Sällskapsresan (The Charter Trip) from 1980. Here's a screenshot of Stig Helmer standing in front of the plane as he tries to overcome his fear of flying. 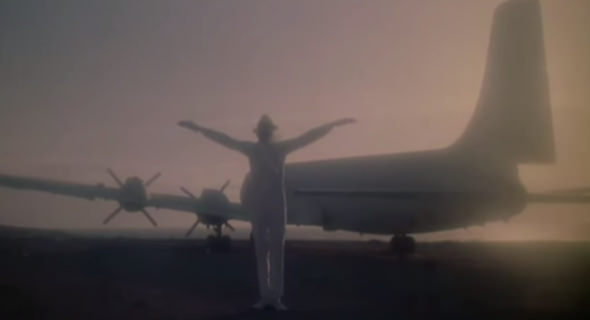 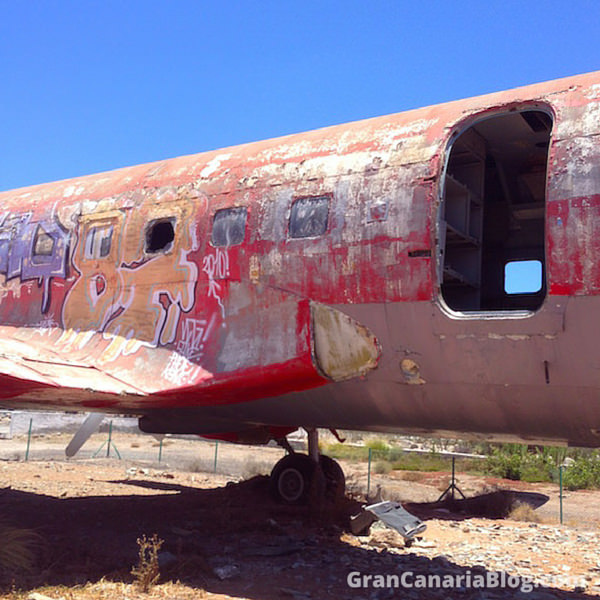 I would love to see it restored. How great would it look as an American diner? It's a shame that it's not been looked after over the years and placed inside a museum to protect it from the elements.

Great news! The abandoned plane has been restored and is now a beautiful bright white and lime green sponsored by Binter Canarias. 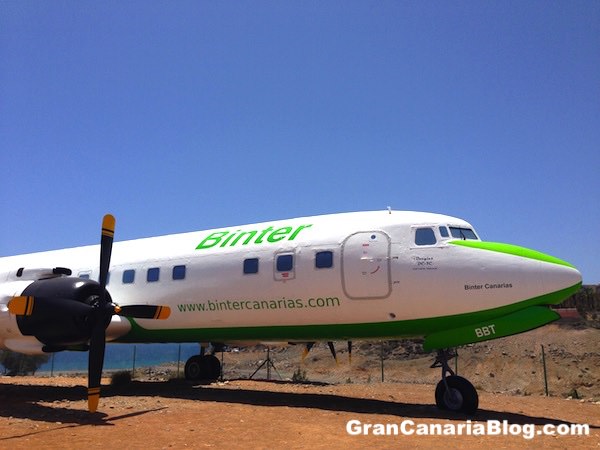 Work began early July with priming and painting and a general clear up making the area safer too. The windows have been painted in and there is now no way into the plane as far as I know. It's nice that they painted on the original name of the plane as to not forget it's roots. 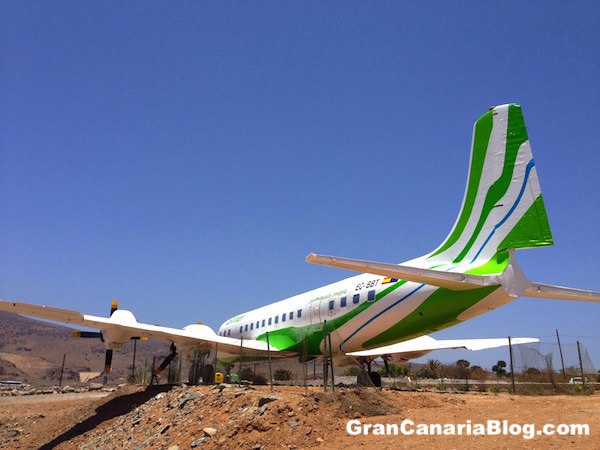 Before reading this post, did you know about the abandoned plane? What do you think of it's makeover?

This photo was taken early this morning. The plane was painted about 10 days ago.

Gran Canaria currently has certain measures and restrictions in place due to the COVID-19 pandemic. To stay updated please check the Coronavirus in Gran Canaria post.
wpDiscuz