Fires broke out this weekend in the south of Tenerife and are still raging through the forest of the Adeje area of the island. Helicopters have been water bombing the area and some residents have been evacuated from the affected areas. Here is a map of the fire path as of 16th July taken from Tenerife Forum. 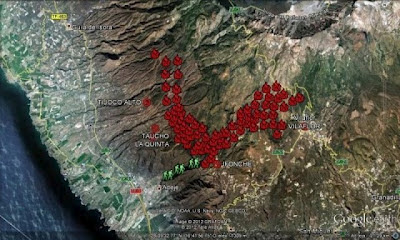 You only have to take a look at the front pages of the newspapers Canarias7 and LaProvincia to see just to see a glimpse of this devastating situation. 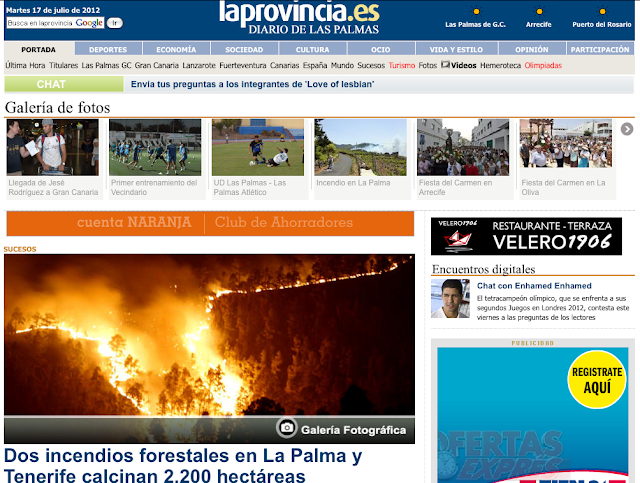 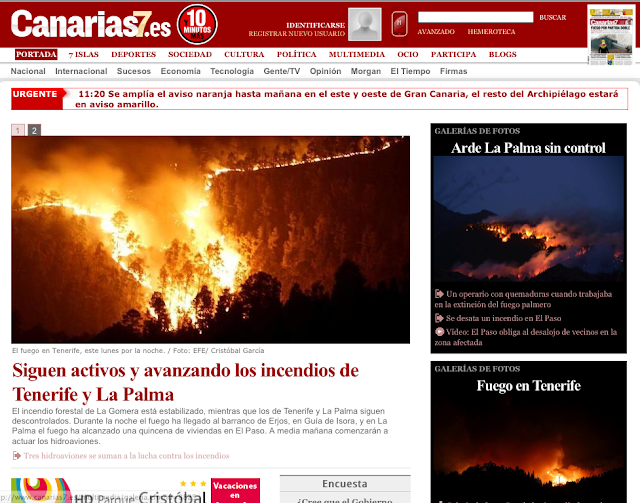 The islands of La Palma and La Gomera are also dealing with forest fires, although La Gomera's fires are now under control.

Fires raged through the night in Tenerife and La Palma, but the current heatwave and winds are not helping.

For more information and updates in English from residents in Tenerife, you can take a look at Tenerife Forum, where members have uploaded photos taken from their property and a real time update.