It's not very often that I write about sport here on Gran Canaria blog, but, we do have some important games coming up with Spain 2014 BasketBall World Cup.

There is a lot of buzz about the USA basketball team in Gran Canaria for a pre World Cup friendly. It's not all work and no play, the team enjoyed some time on Playa del Inglés beach.

They have been using the Pabellón de El Tablero for their daily training, which is where I spotted them this afternoon after practice.

NBA star James Harden who plays for the Houston Rockets, took some time after practice to meet fans and sign autographs. 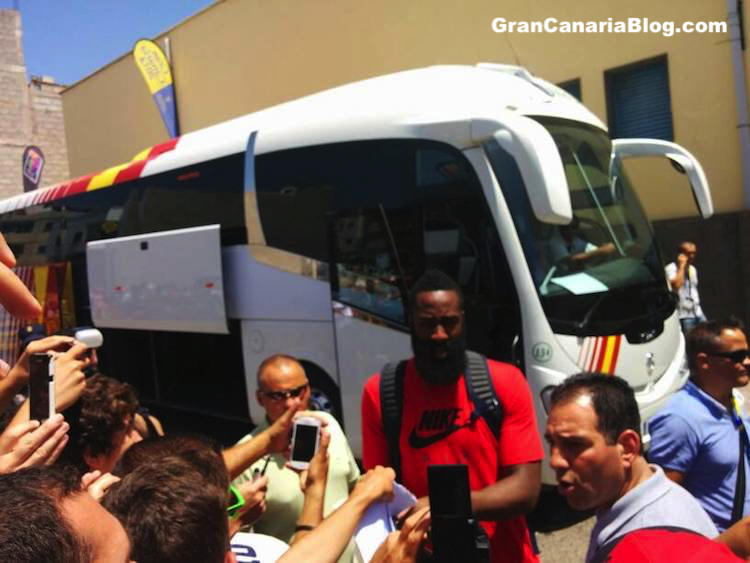 Gran Canaria has group D for the World Cup and games start on Saturday 30th August in the new Gran Canaria Arena in Las Palmas.

Are you ready for Spain 2014? Which team will you be cheering on?